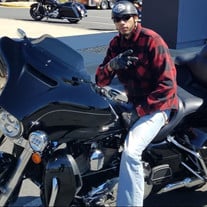 Deon Victor Holloman Jr., son of Deon Holloman Sr. and Brenda Hardy- Holloman was born on July 16, 1994 at Greater Baltimore Medical Center (GBMC) in Baltimore, Maryland. He departed this life suddenly on October 10th at Frederick Memorial Hospital after complaining of sudden and frequent chest pain. Deon started his education at Harford Heights Elementary and Cecil Middle School in Baltimore. It was at Cecil that he began playing Pop Warner Football for the North East Chargers. At the tender age of 14, he moved to Edgewood, attended Joppatowne High School and continued playing football until he graduated in May of 2012. After high school, Deon Jr. worked as an Assistant Manager at Hat World while attending Morgan State University for their pharmacy technician program. Deon earned his Pharmacy Technician license from the State of Maryland Board of Pharmacy in 2013 and in September of 2014 he worked as a Registered Pharmacy Technician at CVS Health. Deon Jr. transferred to Harford Community College in 2014 and earned the title of Certified Pharmacy Technician in 2016 from the National Board of Pharmacy as well as a certification in Sterile Compounding and Intravenous Mixtures. With these certs, Deon landed a job as a Registered Pharmacy Technician at Johns Hop-kins Bayview Inpatient Pharmacy in March of 2016 and was promoted and transferred to Johns Hopkins Hospital (Main Campus) in August of 2019. Deon found his passion in riding motorcycles when he turned 18 years old. He helped to establish Legendary Empire Motorcycle Club (MC) along with 10 other members in September of 2014 where he served as Road Captain. He later joined Outcast MC, Maryland Chapter in August of 2019. Deon Jr. rode a Yamaha R6 and a CBR 1000 before elevating to a Harley Low Rider S, but the most adored motorcycle in his possession is a Harley Ultra Limited. His bucket list included traveling around the world on his motorcycle. He earned several awards for traveling long distances to Louisiana, Florida, Michigan, numerous destinations on the east coast and Canada. He had aspirations of owning a 2019 Harley Davidson “all-black everything” Road Glide Special. Deon made friends everywhere he went and was known for being enthusiastic about life and wanting to uplift everyone he touched. He remained rather close to Lamar Estep, Huan DeRiggs, Anthony Peace and Jarrod Wrencher. He met Brittany Warren in 2015 and went two entire years without speaking to her. They later met at Applebee’s at a “Bike Night” on January 27, 2017 and had been inseparable ever since. Their plans to wed were only interrupted by his death. Deon leaves to mourn his mother (Brenda Hardy-Holloman), father (Deon Holloman Sr.), grandmother (Rita E. Hardy), fiancé (Brittany Warren), future mother-in-law (Michelle Rose),sister (Andrea S. Hardy), two brothers (Arnold D. Venable Jr. “AJ” and Mark L. Chavis, Jr.), future brotherin-law (Jay Warren), seven nieces (Anijae L. Venable, Niziah Pulley, Bjourna McKnight, Nenehya Jah-Chavis, Te’kora Jah-Simpkins, K’mari Chavis, Ah’Lyrika Venable), one nephew (Zamir Jah-Chavis), two special big sisters (Amanda Reddy and Nikisha Small), and a plethora of family and friends.

The family of Deon V. Holloman created this Life Tributes page to make it easy to share your memories.

A comforting word from you means a lot.

Send flowers to the Holloman family.